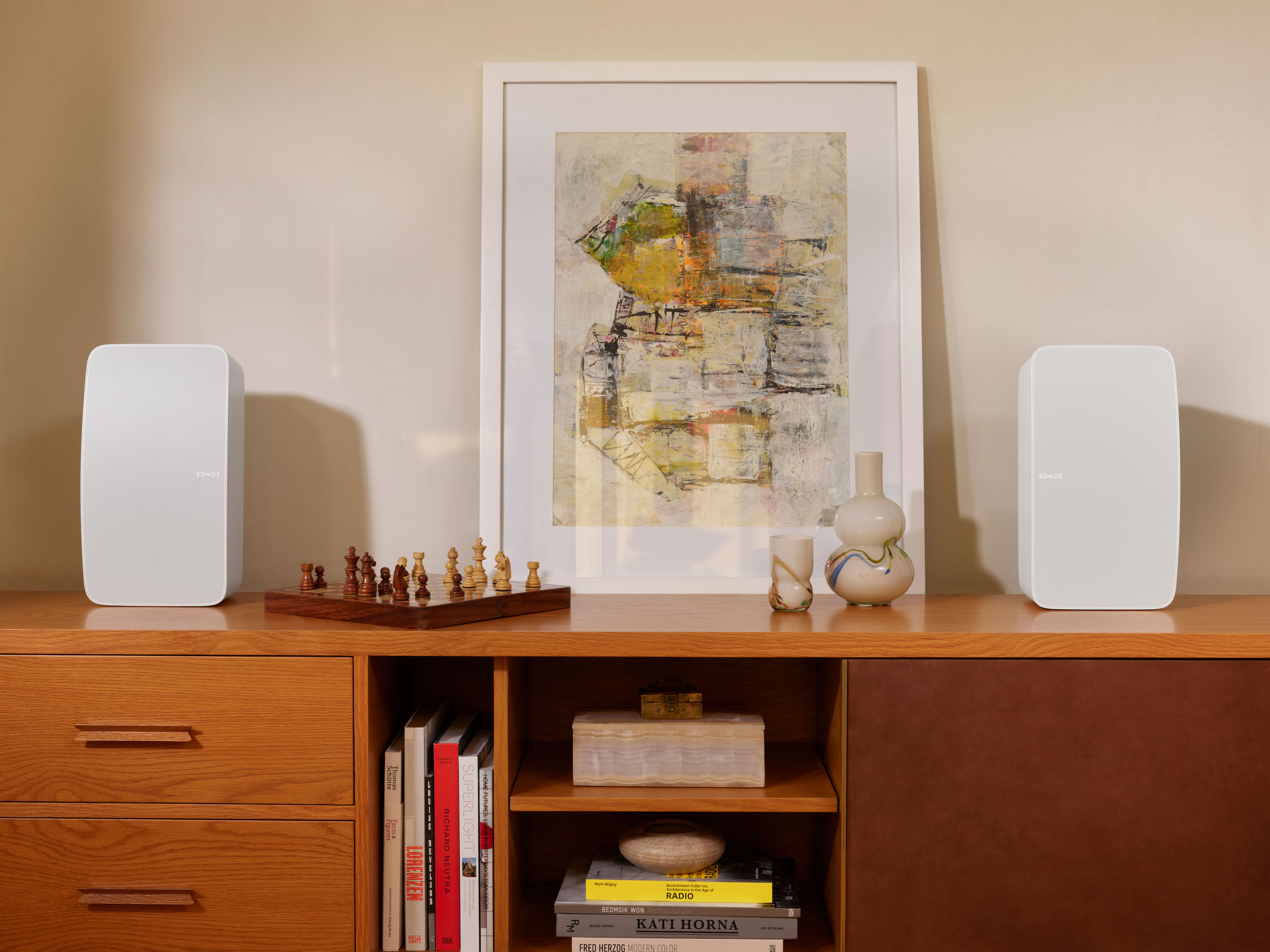 Rate this post
Sonos is working on a new flagship speaker that could be quite a departure from its existing models, according to The Verge. The publication reports that it has seen early images of a new high-end speaker with the codename Optimo 2. If its current design sticks, the device will be encased in a dual-angled shell and will be able to fire sound in nearly all directions, including upwards. Its work-in-progress images apparently make it look like as big as the Sonos Five, an old flagship released in 2015 that went through an upgrade last year. And when it comes out, it will be available in black and white.

Sources told The Verge that Optimo 2 will have twice the RAM and as much as eight times more flash memory than previous speakers, which could indicate that Sonos plans to support it with updates for a lengthy period of time. It will have both WiFi and Bluetooth connectivity, the latter only being present in the company’s portable speakers at the moment. Sonos is reportedly also considering adding support for USB-C line-in playback. While Five also has line-in playback capability, it supports sound input via a 3.5mm jack, not a USB-C port.
Based on the features it will supposedly have, the Optimo 2 could be Five’s successor. The publication says it’s just one of a trio of new speakers Sonos is currently developing, though, the others being the Optimo 1 and 1 SL. These two other models will likely be smaller speakers, and the “SL” in the latter’s name stands for “speechless,” which means it wouldn’t come with microphones and wouldn’t support voice control. Sonos has yet to confirm that any of these models are in development, but we’ve reached out to the company and will update this post when we hear back.