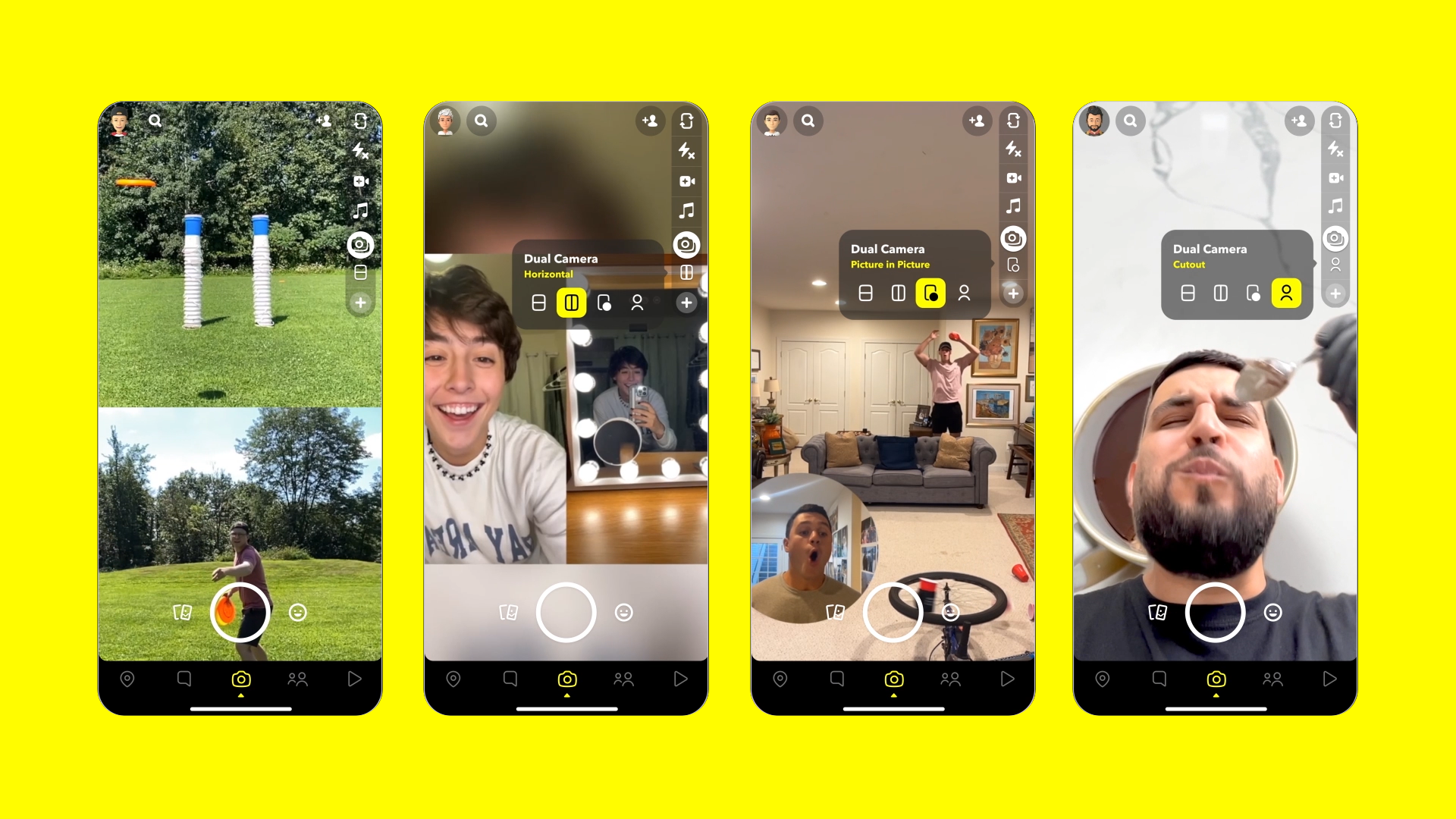 5/5 - (1 vote)
Snapchat is the latest app to add functionality. The app is launching the “Dual Camera” recording feature it previewed during its Partner Summit earlier this year. The update enables users to snap photos and video using their phone’s front-facing and rear cameras simultaneously. It’s available now on iOS for iPhone XS and newer (Snap says Dual Camera won’t be available on Android for several more months.)

The company first teased the feature , when it said the new video option would be part of a suite of more advanced features for creators called “director mode.” But while director mode hasn’t yet launched — Snap says it’s expected in the coming months — the company opted to roll out Dual camera as a standalone feature in the main Snapchat camera.
Capturing content with both device’s cameras at once isn’t a new concept — the briefly popular app experimented with it nearly a decade ago — but the concept has become more popular in recent months with the rise of selfie app BeReal. However, Snapchat’s take on the feature is a bit different than those apps, which were more focused on selfies.

With Snapchat’s Dual Camera enabled, users can record video using both cameras at once, and can change up the layout of the two clips. There’s a split-screen version, which places each camera on one half of the screen; a picture-in-picture style; and a cutout mode similar to the effect you might get with TikTok’s green screen. Dual Camera mode also supports Snapchat’s signature augmented reality lenses, though for now the effects can only be applied after the fact.

Snap isn’t the only company experimenting with dual-camera-recording. Instagram is also testing a dual camera setup called , which the company confirmed last week is currently an “internal prototype.” For now, that feature sounds more like a straight copy of BeReal, but it’s not difficult to imagine the feature could one day make an appearance in Reels as well