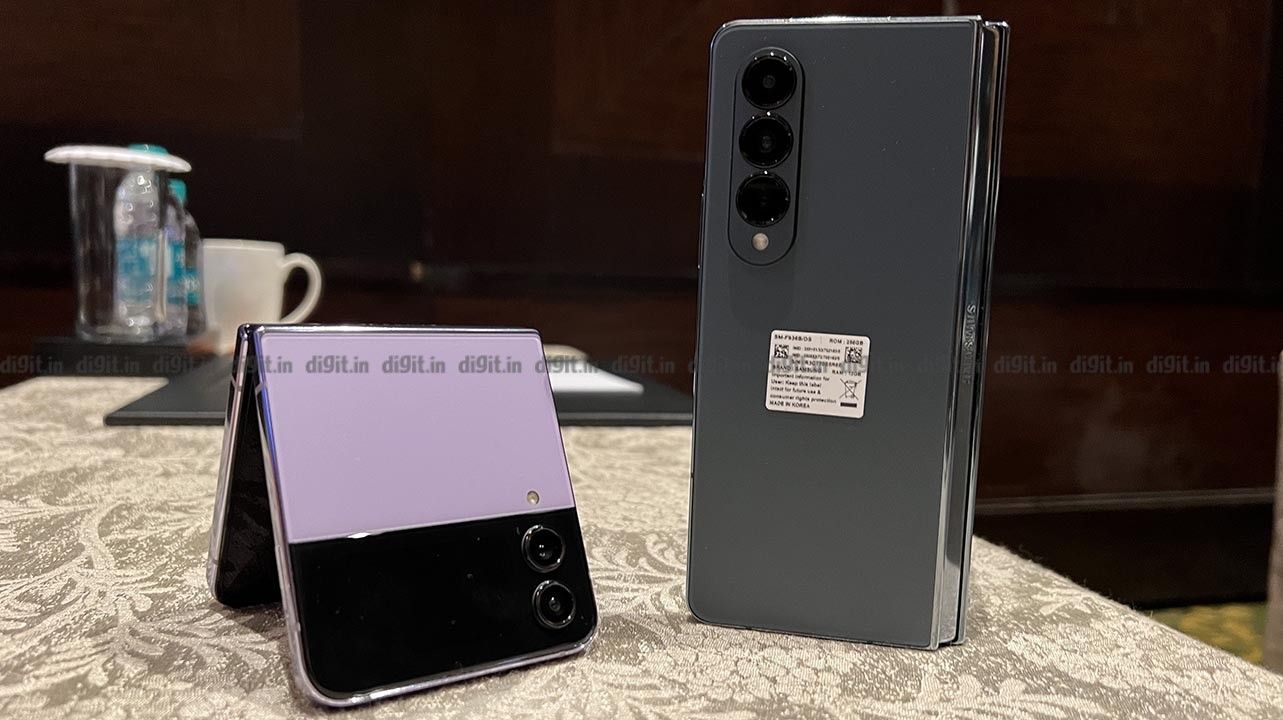 Rate this post
Despite increased movement in the foldable phone space over the last year or so, Samsung has managed to retain its dominance in the segment. While the company will happily have you believe this was made possible because last year’s Samsung foldables — the Galaxy Z Fold 3 and the Z Flip 3 – were technological marvels, the reality is slightly different.

Arguably the two best foldable phones that we had seen till about a day before, the two Galaxy devices had some crippling issues, making them hard to recommend over similarly priced conventional flagships such as the company’s own, Galaxy S22 Ultra and others from the likes of Apple.

But cut to August 10, 2022, Samsung has made NOT recommending its foldables a lot more difficult by launching the Galaxy Z Fold 4 and the Galaxy Z Flip 4. As successors of its previous-gen foldables, these new devices from Samsung don’t reinvent the wheel, but instead bring meaningful upgrades in areas that last year’s foldables had found themselves lacking in.

While the form factor remains the same, Samsung has introduced improved hinge mechanisms and used lighter materials to make both the Galaxy Z Fold 4 and the Galaxy Z Flip 4 much more ergonomic devices. In fact, with the former, Samsung has managed to shave off about 8g of weight and also spread the weight out more evenly to give the devices a nicer in-hand feel.

The new hinge mechanism of the Galaxy Z Fold 4 also feels more durable. Although we have not had much time with the device, in our limited time with it, we felt opening and closing the display felt like a nicer exercise. Apart from this, there is no other change in the Fold 4 in the design department over the Galaxy Z Fold 3.

The Galaxy Z Flip 4 also gets some design changes, and now brings a smaller at 1.2mm hinge, making the phone more pocketable in its form factor. But apart from that there is no change in design or outer appearance as the outer screen on the phone also remains the same size as last year — something we would have loved to see change with the Galaxy Fold 4.

Talking about the displays, on paper, the ones on the Galaxy Z Fold 4 look like an upgrade on the previous gen phones, because they now offer adaptive refresh rate between 48Hz to 120Hz on the front panel and promise absolute power-efficiency on the rear with its range of 1Hz to 120Hz. On the outer panel, there is also the Corning Gorilla Victus+ or added protection.

Under the hood, is where the biggest upgrades find their way on the two devices. Both the Samsung Galaxy Z Fold 4 and Galaxy Z Flip 4 get their power from the Qualcomm Snapdragon 8+ Gen 1 SoC. This definitely looks like an area where the phones will get a good boost over their predecessors. While we did not notice the effects of it our interactions with the phones, I’m sure some time and in-depth testing will definitely reveal the truth.

However, the biggest and the most exciting changes on the two phones can be found in the camera department. This is because unlike the previous foldables from Samsung, the new Galaxy Z Fold 4 and the Z Flip 4 both offer flagship-level photography experience.

For this, Samsung has not only borrowed hardware but also some interesting camera features as well from its Galaxy S22 series of phones. Both the foldables now support better low-light imaging thanks to the inclusion of ‘Nightography’ features.

The Galaxy Z Fold 4 also gets an improved 50-megapixel primary camera with OIS, a 12-megapixel ultra-wide lens and a 10-megapixel telephoto camera which brings 3X optical zoom and up to 30X zoom digital zoom to the phone. The only thing that remains on the Z Fold 4 is the selfie camera.

The Z Flip 4 does not get new camera hardware as it supports the same dual 12MP main cameras which were fitted on the Flip 3. But the cameras still seem to be outputting better images, possibly because of the presence of an updated ISP. While this hardware is not the worst, we would have still loved to see more in the camera department from Samsung on the Galaxy Z Flip 4.

In the battery department, the Galaxy Fold 4 does not offer great upgrades over the Fold 3. We still have the same dual cell 4400mAh battery pack inside, but it now supports faster charging than before. The Z Flip 4 on the other hand now brings you a bigger 3700mAh battery instead of 3300mAh on the Flip 3. However, what’s more important is that it now supports 25W fast charging which is an upgrade over the 15W slow charging of the Flip 3.

Overall, the Galaxy Z Fold 4 and the Galaxy Z Flip 4 definitely look like solid upgrades over the previous-gen foldables. While it’s true we would have been happier with some more upgrades to the design and the battery department on both the phones, what cannot be denied is that even with the current upgrades, they look like they could offer enough to be recommended to buyers looking for premium flagships.