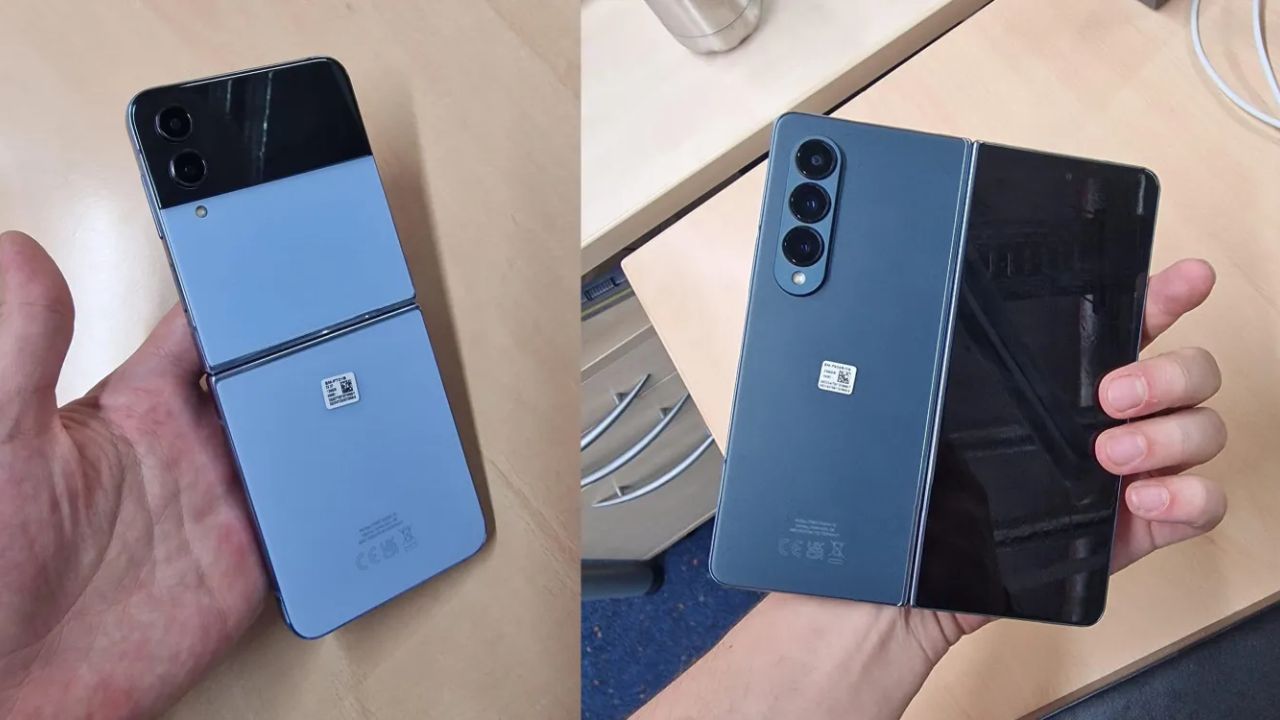 Samsung is just a few days away from launching its new Galaxy Z Fold 4 and Flip 4 models but the images of the handsets have been leaked showing the design, display and other details.

Samsung’s foldable series got a good response when it was launched first, now the brand is all set with its next models namely Galaxy Z Fold 4 and Flip 4  with the same foldable Smartphone as its USP. The launch is supposed to happen in a few days but the images of the phone were leaked on social media. These are real life images which gave away the look of Z Fold 4 and Flip 4. It shows the new color options, the display crease, and more.

The images are posted by Noh_tech on Twitter. The user posted a batch of pictures showing the two new handset ranges by Samsung. They were real images in his hands with different angles. According to the pictures Galaxy Z Fold 4 comes in bullish gray color while the Flip 4 is in a blue-color variant.

The Galaxy Flip 4 did not surprise much.  The edges look a bit more flat compared to the Flip 3 and the metal bits around the hinge look slimmer. But the design is very similar to its previous models.

Galaxy Fold 4 looks far more interesting. With a small hinge around the outer display it looks wider in the hand as it was rumored. Although it’s still hard to tell the exact points of differences between the models, we can get a good look at the newer versions.

The most evident thing from the leaks is the display crease on both the models of Fold 4 and Flip 4.

Samsung will launch the Galaxy Z Fold 4 and Flip 4 on August 10.