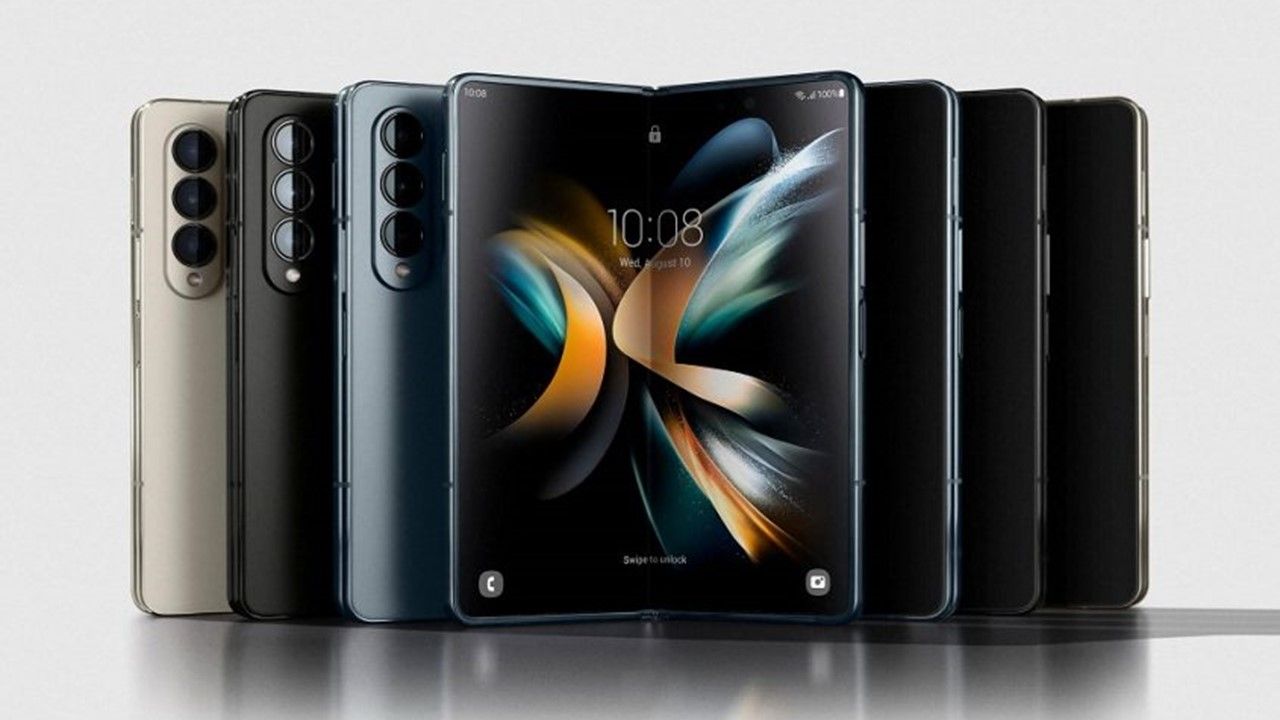 The Samsung Galaxy Z Fold 4 has officially launched as the next generation of Samsung foldable phones alongside the Galaxy Z Flip 4 which has a clamshell design. The Fold 4 brings tons of improvements over the Fold 3 yet it maintains the fundamental aspects of a foldable device. Some of the major updates are under the hood while the design and the form factor have been further refined to fit a multitude of use cases. If anything, Fold 4 is lighter and thinner than Fold 3 from last year. Here’s how the Galaxy Fold 4 is different from the Galaxy Fold 3 based on its on-paper specifications and features.

The Galaxy Z Fold 4 looks similar to the Fold 3 but if you pick up both in your hands, you’ll notice that the Fold 4 is marginally thinner and is around 8 grams lighter. Then again, it’s got the same metal build as the Fold 3 and is topped with Gorilla Glass Victus+ on both sides. The rest of the construction remains the same with IPX8 water resistance rating and support for the S Pen stylus.

When unfolded, Fold 4 features a 7.6-inch display which is marginally wider than Fold 3. Samsung also gets to cram in more pixels making the screen resolution 1812×2176 pixels which leads to a greater screen-to-body ratio. The in-screen camera makes its way on the Fold 4 and this time Samsung claims to have made the pixel arrangements denser than Fold 3. Now, this is something we’ll have to test to find out if Samsung’s claim stands true.

Samsung Galaxy Z Fold 4 vs Fold 3: Under the hood

The Galaxy Z Fold 4 is powered by the all-new Snapdragon 8+ Gen 1 chipset which offers better performance gains over the Snapdragon 888 on the Fold 3. It’s also more power efficient than the Snapdragon 8 Gen 1 and runs on Android 12L which has been tuned for tablets or devices with a tablet-like form factor and lets you use a large screen in a much better way than before. Other than that, the Fold 4 is also available with upto 1TB storage options to choose from.

The rest of the features like the power button doubles up as a fingerprint reader, stereo speakers tuned by AKG, WiFi 6e, Bluetooth 5.2, and more remain the same as on the Fold 3.

The Galaxy Z Fold 4 has the same battery capacity as the Fold 3, rated at 4,400mAh and supports 25W fast charging speeds. As for wireless charging, it gets bumped up to 15W on Fold 4 from 11W on Fold 3.

The Galaxy Z Fold 4 uses a new, high-resolution 50MP main camera up from the 12MP sensor on the Fold 3. It has an f/1.8 aperture with OIS and can record in 4K UHD at upto 60FPS. Then there’s the 10MP telephoto camera which now offers upto 3x optical zoom along with OIS support and finally, the 12MP ultra-wide camera is the same as on the Fold 3.

Under the display, there’s a 4MP camera when the Fold 4 is unfolded and is likely the same sensor as the Fold 3. When folded, the cover screen has a 10MP selfie camera as well which is the same as the Fold 3.

This year, Samsung has focused on refining the foldable experience for users. There’s little to no cosmetic change except for marginally wider screens and most of the upgrades are generational such as the implementation of the much more efficient Snapdragon 8+ Gen 1 and better cameras with a new primary and telephoto sensor. However, I’m most excited about the Android 12L OS which has been tuned for this exact use case wherein we have a large screen estate to play around with. It remains to be seen how Samsung makes the experience better on its foldable phones but the Android 12L is going to play a major role in enhancing its usability.