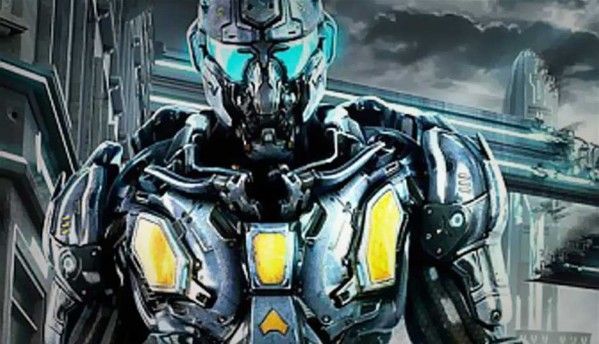 NOVA 3 is a fantastic game for the handheld smartphone and tablet device. The only drawback is its controls. If you are a hardcore gamer we recommend you try this game. The story is ok, sound is good but the graphics are really good. If you can get past the clunky controls and the occasional glitches, you will definitely enjoy the game. There may be little incentive to run through the story a second time but there is incentive to revisit the multiplayer option in the game.

The best experience of a first person shooting game has always been on the PC. The keyboard and mouse has been the ideal controller to get those accurate head shots. But with the rise of consoles, the fan following of FPS games has divided into 2 camps i.e., consoles and PC’s. A third contender however is gunning to be the device for first person games – the tablet.

Gameloft is a company that has been in the mobile gaming limelight for a long time. In the recent past the developer has brought us AAA gaming titles such as Splinter Cell Conviction, Prince of Persia, the Amazing Spider-Man and more to the mobile and tablet platform. An addition to their arsenal of games is N.O.V.A. 3. The game is the third title in the FPS (First Person Shooter) series from Gameloft. Does it do justice to the FPS franchise on a portable touchscreen or are you better off with the traditional mouse and keyboard?

In N.O.V.A. 3, you once again don the role of Kal Wardin, ex-officer of the Near Orbital Vanguard Alliance (N.O.V.A.), a military force aimed to protect the outer residents of the now-uninhabited Earth. In an attempt to restore Earth to its former glory, humanity steals an alien artifact and sets in motion some serious imbalance and it’s up to Kal to fly in (quite literally) and save the day.

The best part about the story is that there is a complete cast voice acting the various characters and trying to add an emotional connect to the game. The down side is that the story has very little to keep gamers hooked, especially if you are new to the franchise.The story is typical science fiction and this isn’t necessarily a bad thing. The game also tries to show an emotional side of the lead protagonist.

Story is narrated through cutscenes with complete voice acting. Looks like Prophet?

To start, it will take you 5 to 7 hours to run through the main campaign which is relatively long considering the fact that this is a game on a handheld device. Throughout the course of the story you will be introduced to an arsenal of weapons that will include standards such as the handgun, assault rifle, shot gun, sniper rifle, bazooka and some alien weaponry as well. The arsenal of weaponry is large and varied enough to keep the gameplay fresh.

There are also a few puzzles thrown into the mix but they only go as far as pull this lever here, put this crystal there and blow a hole here. They are nothing more than speed bumps in an action-filled thrill ride.

Well, all these elements of gameplay would have been perfect if there wasn’t one major drawback with the system – the controls. The touch screen just isn’t the ideal controller for playing a first person shooting game. The games controls feel all over the screen. The top right of the screen houses the weapon and grenade select, the bottom right of the screen houses the buttons used for shooting and other action abilities, and the bottom left for navigation and sprinting. The rest of the screen is used for turning you character left or right.

There are also a few bugs in the game where we had to reload from a past checkpoint because a certain door wouldn’t open or a certain soldier would appear at a particular place but these are minor nuances.

The overall gameplay of N.O.V.A. 3 could have been perfect if it wasn’t due to the uncomfortable controls. Some may get used to the controls in a matter of 20 minutes. Others will struggle with frustration. It is a consolation that the game employs a useful aim assist technique.

Straight up, N.O.V.A. 3 is one of the best looking games we have seen on a tablet device. We played the game on the third generation Apple iPad and the game ran smooth as butter. The frame rate did dip a bit when the action on screen went ballistic but nothing that hampered the gaming experience. Heat distortion from the gun, recoil animations, dynamic lighting, enemy animations, mech and vehicle movement, all looked great.

The previous N.O.V.A. games were critiqued for looking a lot like the Halo franchise. N.O.V.A. 3 however tries to maintain an original look but you can help feeling like you are playing Crysis on your tablet device.

Kal Wardin and his comrade’s outfit reminded us a lot of Crysis’ Prophet and the enemies too looked reminiscent of aliens we have tackled in other games. But the experience is great nonetheless.

The environments too in the game are varied and add to keeping the experience fresh. One moment you will be in a concrete jungle, the next you are on an alien planet. The next, you are travelling on a cable car with enemies shooting you from either side – the environments are really good.

The voice acting in the game isn’t up to the level of Uncharted but it is good nonetheless. The characters have played their parts convincingly and there are very few moments where the game feels cheeky. We would have like to see some tongue and cheek humor though.

The sound effects of the guns too are varied and have a nice thud to it. The aliens sound like aliens and that is a very good thing. The background score has its varied pace. The best part of the sound in the gamer is that you will be walking down a silent corridor only to be greeted with the sound of a lot of gunfire at the next turn.

The best way to enjoy the sound of the game is through a nice pair of headphones. The speaker in the iPad doesn’t do the game justice.

N.O.V.A. 3 is a fantastic game for the handheld smartphone and tablet device. The only drawback is its controls. If you are a hardcore gamer we recommend you try this game. The story is ok, sound is good and the graphics are really good. If you can get past the clunky controls and the occasional glitches, you will definitely enjoy the game. There may be little incentive to run through the story a second time but there is incentive to revisit the multiplayer option in the game.