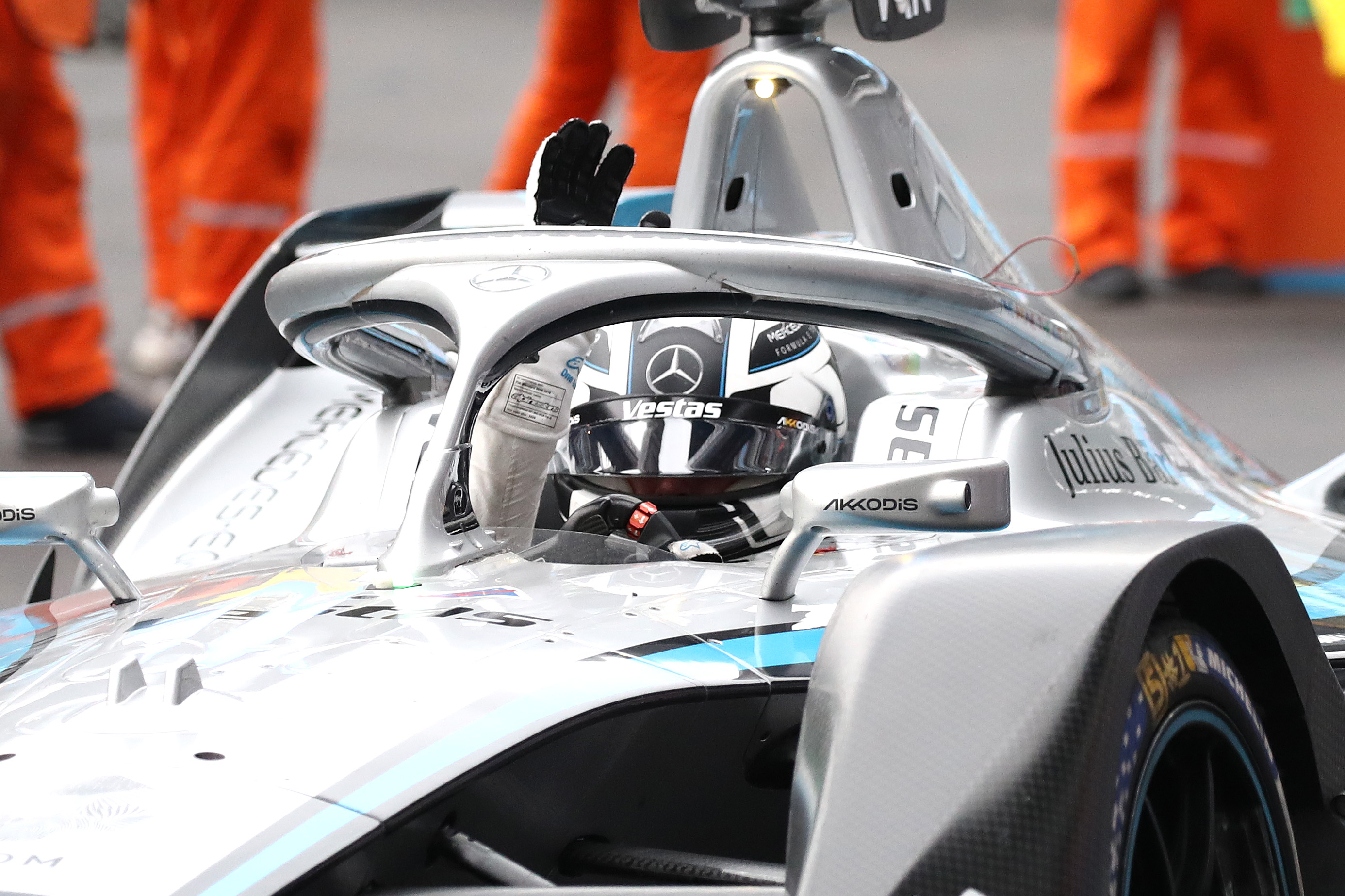 Rate this post
With a second-place finish in Formula E’s 100th E-Prix today, Stoffel Vandoorne secured the Season 8 Formula E world championship. The Mercedes-EQ driver made it back-to-back trophies for the team in both the drivers’ and the team championships as fellow Silver Arrows pilot Nyck de Vries was the defending series champ. While Vandoorne was no match for Round 16 winner Edoardo Mortara, a podium finish after a P4 qualifying effort was enough to hold off his lone championship challenger during the final race.

Jaguar TCS’ Mitch Evans put Vandoorne under pressure yesterday by winning the penultimate E-Prix in wet conditions. The Mercedes-EQ driver finished 5th, but was unable to extend the comfortable lead he had in the championship standings heading into the Seoul double-header. However, Evans couldn’t replicate yesterday’s magic: he only managed a seventh-place finish after starting P13.
“Just look at the season we’ve had,” said Vandoorne. “The consistency and the car has been amazing, and the team has done an incredible job. I think every single one of us deserves it. What we’ve accomplished is something special.”

Sunday’s race marks the end of the Gen2 era in Formula E. When the series begins Season 9 in January, the Gen3 racer will be in every team’s garage. The new design, which is both lighter and smaller than the Gen2 model, should allow for more “agile” wheel-to-wheel racing. These cars should be two to four seconds faster in both qualifying and race conditions thanks to an electric motor can deliver 350kW of power (470BHP) to reach top speeds of 200MPH (320 km/h). Formula E says the electric power units can convert over 90 percent of their energy to mechanical power and around 40 percent of the energy cars will use during an E-Prix will be produced by regenerative braking. Gen3 will also be the first Formula car ever with both front and rear powertrains, which will add 250kW to the 350kW in the back.