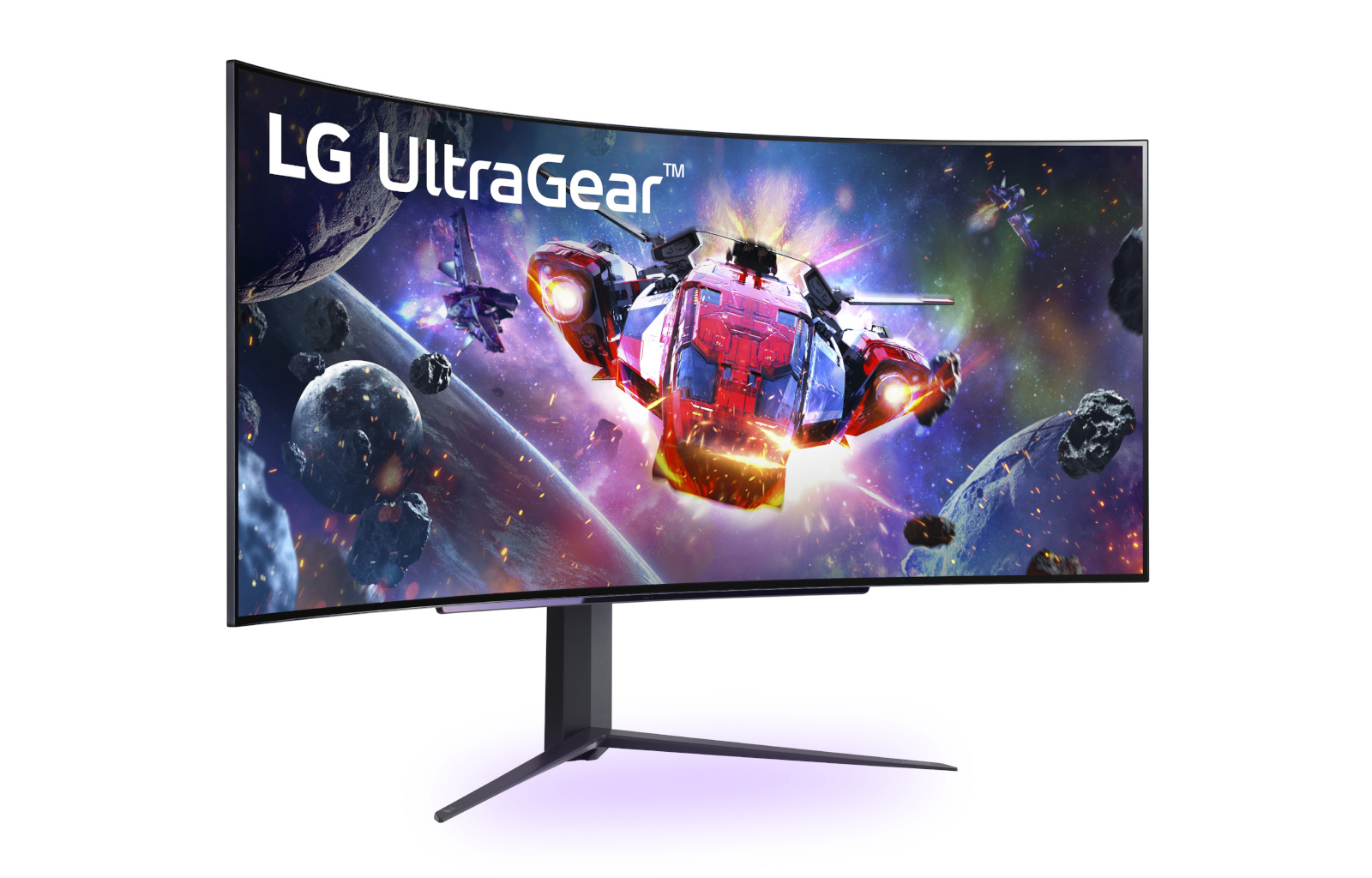 Rate this post
LG has presented its upcoming premium monitors at IFA Berlin this year, and one of the models it unveiled is a 45-inch curved display that was specifically design for more immersive gaming experiences. The company says the model (45GR95QE) is its first curved display under the UltraGear brand of gaming monitors and is also its first OLED display with a 240Hz refresh rate. It has a 21:9 aspect ratio for an ultrawide view, has a WQHD (3440 x 1440) resolution, and it supports HDR10 and HDMI 2.1.

The monitor’s aspect ratio and borderless design combined with its 800R curvature are supposed to make gamers feel like they’re truly in the game they’re playing. LG even gave the screen an anti-glare and low-reflection coating to lessen the feeling of viewing the game on a screen. If all these are sounding familiar, that’s because Corsair also just launched a 45-inch 1440p gaming monitor called Xeneon Flex that it developed in partnership with LG. Unlike this UltraGear model, though, that one has a bendable design that can go from straight to 800R in curvature.
In addition to its upcoming 45-inch curved display, LG has also showcased the UltraFine Display Ergo AI at IFA. The 31.5-inch display has a built-in camera that monitors the user’s eye level and then automatically adjusts its height and tilt so that the user doesn’t remain in a single position for a long period of time. Unfortunately, LG didn’t reveal the monitors’ pricing and availability, so those interested will just have to wait for more information.