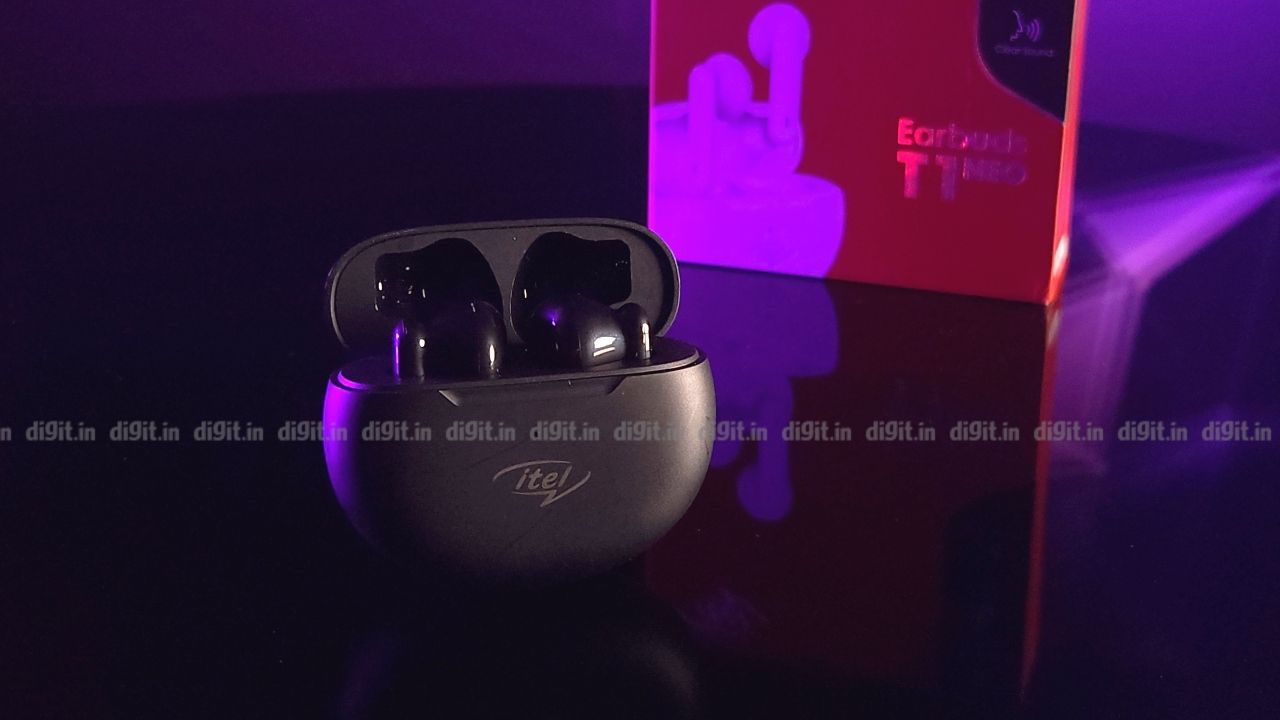 A couple of years ago, if you were out in the market, looking for a pair of true wireless earbuds around the ₹ 2,000 mark, then you would have been lost for choices. However, ever since the pandemic has set in, there has been a surge in the number of TWS offerings in this price range, all because of the increased demand.

itel, with their Earbuds T1 Neo TWS earbuds, took a plunge into this price segment, trying to compete with the likes of Xiaomi and Oppo. The itel buds are sold for around  ₹1,100-1,300 online, and at that price, you can find the Oppo Enco Buds, which in comparison are much better. So, when this pair arrived at our test centre, we put it through its paces and the results… Well, they weren’t particularly impressive. Here’s what we found out.

From the very first glance, these earbuds reflect the amount at which they are priced at. The matte black finish on the stem of the buds and the case looks decent. But that’s about it. Especially considering the offerings from Xiaomi and Oppo, these look extremely flimsy and not worth the money that you’d pay to get these. There is a USB-C port, which would give you a bit of hope. However, as long as you flip open the case, all the hope will vanish.

The buds have an Airpods-esque design which, because of the poor-quality drivers packed inside, does more good than harm. To pair them to your phone, you must pull them out of the case. Talking about pulling the buds out of the case, these buds have an unnecessarily long stem that is flimsy enough that feels like it would easily break if you wedged it even the slightest bit when pulling out of the case. Also, the blinking red and blue lights on the stem are there for some reason. The company meant them to serve as a connection indicator. However, they end up gobbling the few points the buds earned regarding their looks.

When a pair of TWS earbuds is poorly designed and built, companies generally tend to make up for the lost ground in this department. However, there is only ground lost when it comes to the T1 Neo.

The only positive here is the added volume controls, which is a rarity at this price. And, within an hour of using this pair, you will understand why. It is just there as a filler, and most of it is to do with the sub-par touch sensors that are baked into the top of the stem. There is no app to tune the audio or modify the touch controls.

In terms of the performance too, there is nothing to write home about. As you would see in the graph below, the high, mids, and lows frequencies were reproduced poorly. In comparison, the competing Oppo Enco buds, which are sold for about ₹1,500 by major online retailers, perform much better.

The highs on the itel buds are basically non-existent, and under-emphasized low-mids are so suppressed that any male voice in the songs that you listen to will be muffled.

The battery on the Earbuds T1 Neo lasted about 3.5 hours during our test, and the case was able to provide about 4 more charges with some battery left over. This made the earbuds last for about 16 hours, compared to the 18 hours of claimed battery life. In our opinion, in 2022 this playback time is quite underwhelming.

Having read through the different sections of this review, you would have understood that were not particularly impressed by this pair. The itel Earbuds T1 Neo are not worth the money, and if you are looking for something that would give you worth for your money, look elsewhere. For a few-hundred rupees more, you will find the Oppo Enco Buds, Redmi Earbuds 2C, and the Dizo GoPods D. All the three are much better than itel’s offering and will give you worth of the money that you’d spend on the Earbuds T1 Neo.