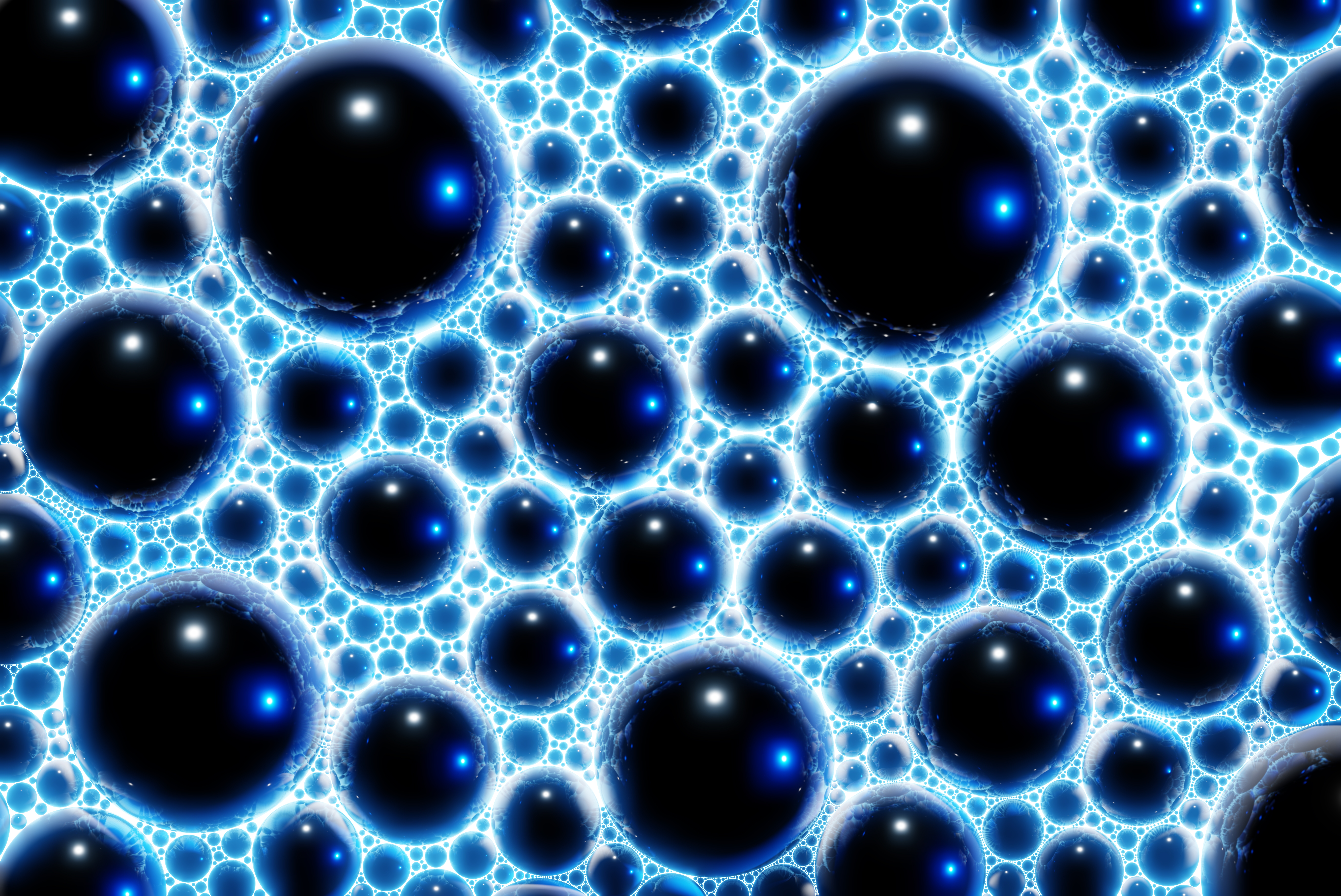 Rate this post
It’s difficult to describe the state of the universe’s affairs back when the whole of everything was compressed to a size slightly smaller than the period at the end of this sentence — on account that the concepts of time and space literally didn’t yet apply. But that challenge hasn’t stopped pioneering theoretical astrophysicist, Dr. Laura Mersini-Houghton, from seeking knowledge at the edge of the known universe and beyond. In her new book, Before the Big Bang, Mersini-Houghton recounts her early life in communist Albania, her career as she rose to prominence in the male-dominated field of astrophysics and discusses her research into the multiverse which could fundamentally rewrite our understanding of reality.

Scientific investigations of problems like the creation of the universe, which we can neither observe nor reproduce and test in a lab, are similar to detective work in that they rely on intuition as well as evidence. Like a detective, as pieces of the puzzle start falling into place, researchers can intuitively sense the answer is close. This was the feeling I had as Rich and I tried to figure out how we could test our theory about the multiverse. Rationally, it seemed like a long shot, but intuitively, it seemed achievable.

Finally, a potential solution hit me. I realized that the key to testing and validating this theory was hidden in quantum entanglement — because decoherence and entanglement were two sides of the same coin! I could rewind the creation story all the way back to its quantum-landscape roots, when our wave-universe was entangled with others.

I already knew that the separation — the decoherence — of the branches of the wave function of the universe (which then become individual universes) was triggered by their entanglement with the environmental bath of fluctuations. Now I wondered if we could calculate and find any traces of this early entanglement imprinted on our sky today.

This might sound like a contradiction. How could our universe possibly still be entangled with all the other universes all these eons after the Big Bang? Our universe must have separated from them in its quantum infancy. But as I wrestled with these issues, I realized that it was possible to have a universe that had long since decohered but that also retained its infantile “dents” — minor changes in shape caused by the interaction with other surviving universes that had been entangled with ours during the earliest moments — as identifiable birthmarks. The scars of its initial entanglement should still be observable in our universe today.

The key was in the timing. Our wave-universe was decohering around the same time as the next stage, the particle universe, was going through its own cosmic inflation and coming into existence. Everything we observe in our sky today was seeded from the primordial fluctuations produced in those first moments, which take place at the smallest of units of measurable time, far less than a second. In principle, during those moments, as entanglement was being wiped out, its signatures could have been stamped on the inflaton and its fluctuations. There was a chance that the sort of scars that I was imagining had formed during this brief period. And if they had, they should be visible in the skies.

Understanding how scars formed from entanglement is less complicated than you might imagine. I started by trying to create a mental picture of the entanglement’s scarring of our sky. I visualized all the surviving universes from the branches of the wave function of the universe, including ours, as a bunch of particles spread around the quantum multiverse. Because they all contain mass and energy, they interact with (pull on) one another gravitationally, just as Newton’s apple had its path of motion curved by interacting with the Earth’s mass, thus guiding it to the ground. However, the apple was also being pulled on by the moon, the sun, all the other planets in our solar system, and all the stars in the universe. The Earth’s mass has the strongest force, but that does not mean these other forces do not exist. The net effect that entanglement left on our sky is captured by the combined pulling on our universe by other infant universes. Similar to the weak pulling from stars on the famous apple, at present, the signs of entanglement in our universe are incredibly small relative to the signs from cosmic inflation. But they are still there!

I will admit it… I was excited by the mere thought that I potentially had a way to glimpse beyond our horizon and before the Big Bang! Through my proposal of calculating and tracking entanglement in our sky, I may very well have pinned down, for the very first time, a way of testing the multiverse. What thrilled me most about this idea was its potential for making possible what for centuries we thought was impossible — an observational window to glimpse in space and in time beyond our universe into the multiverse. Our expanding universe provides the best cosmic laboratory for hunting down information about its infancy because everything we observe at large scales in our universe today was also present at its beginning. The basic elements of our universe do not vanish over time; they simply rescale their size with the expansion of the universe.

And here is why I thought of using quantum entanglement as the litmus test for our theory: Quantum theory contains a near-sacred principle known as “unitarity,” which states that no information about a system can ever be lost. Unitarity is a law of information conservation. It means that signs of the earlier quantum entanglement of our universe with the other surviving universes must still exist today. Thus, despite decoherence, entanglement can never be wiped from our universe’s memory; it is stored in its original DNA. Moreover, these signs have been encoded in our sky since its infancy, since the time the universe started as a wave on the landscape. Traces of this earlier entanglement would simply stretch out with the expansion of the universe as the universe became a much larger version of its infant self.

I was concerned that these signatures, which have been stretched by inflation and the expansion of the universe, would be quite weak. But on the basis of unitarity, I believed that however weak they were, they were preserved somewhere in our sky in the form of local violations or deviations from uniformity and homogeneity predicted by cosmic inflation.

Rich and I decided to calculate the effect of quantum entanglement on our universe to find out if any traces were left behind, then fast-forward them from infancy to the present and derive predictions for what kind of scars we should be looking for in our sky. If we could identify where we needed to look for them, we could test them by comparing them with actual observations.

Rich and I started on this investigation with help from a physicist in Tokyo, Tomo Takahashi. I first got to know Tomo at UNC Chapel Hill in 2004 when we overlapped by one year. He was a postdoc about to take a faculty position in Japan, and I had just arrived at UNC. We enjoyed interacting, and I saw the high standards Tomo maintained for his work and his incredible attention to detail. I knew he was familiar with the computer simulation program that we needed in order to compare the predictions based on our theory with actual data about matter and radiation signatures in the universe. In 2005, I called Tomo, and he agreed to collaborate with us.

Rich, Tomo, and I decided that the best place to begin our search was in the CMB — cosmic microwave background, the afterglow from the Big Bang. CMB is the oldest light in the universe, a universal “ether” permeating the entire cosmos throughout its history. As such, it contains a sort of exclusive record of the first millisecond in the life of the universe. And this silent witness of creation is still all around us today, making it an invaluable cosmic lab.

The energy of the CMB photons in our present universe is quite low; their frequencies peak around the microwave range (160 gigahertz), much like the photons in your kitchen microwave when you warm your food. Three major international scientific experiments — the COBE, WMAP, and Planck satellites (with a fourth one on the way), dating from the 1990s to the present — have measured the CMB and its much weaker fluctuations to exquisite precision. We even encounter CMB photons here on Earth. Indeed, seeing and hearing CMB used to be an everyday experience in the era of old TV sets: when changing channels, the viewer would experience the CMB signal in the form of static — the blurry, buzzing gray and white specks that appeared on the TV screen.

But if our universe started purely from energy, what can we see in the CMB photons that gives us a nascent image of the universe? Here, quantum theory, specifically Heisenberg’s uncertainty principle, provides the answer. According to the uncertainly principle, quantum uncertainty, displayed as fluctuations in the initial energy of inflation, is unavoidable. When the universe stops inflating, it is suddenly filled with waves of quantum fluctuations of the inflaton energy. The whole range of fluctuations, some with mass and some without, are known as density perturbations. The shorter waves in this spectrum, those that fit inside the universe, become photons or particles, depending on their mass (reflecting the phenomenon of wave-particle duality).

The tiny tremors in the fabric of the universe that induce weak ripples or vibrations in the gravitational field, what are known as primordial gravitational waves, hold information on what particular model of inflation took place. They are incredibly small, at one part in about ten billion of the strength of the CMB spectrum, and therefore are much harder to observe. But they are preserved in the CMB.