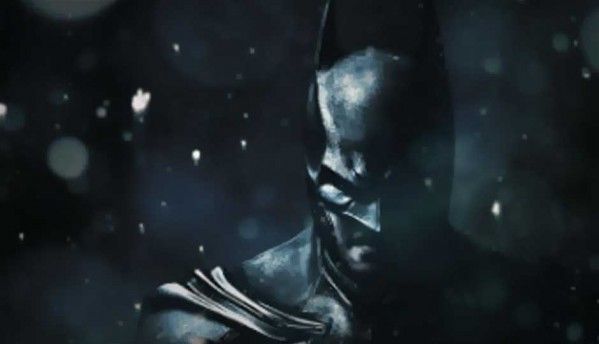 There’s plenty that’s â€˜not greatâ€™ about Batman: Arkham Origins but at the end of the day, itâ€™s still a massively enjoyable game thatâ€™s well-made, has excellent production values and very deep gameplay thatâ€™s miles away from the simplistic tripe that makes up many AAA titles. Yes, it is very similar to the previous Arkham games in many ways, but it also manages to shine all by itself thanks to an engaging and well-written story.

Batman: Arkham Origins tells a story about growing up but it does so with an evident disdain for youth. By the time the game (that takes place over just one night) ends, you will have realised that while you can indulge yourself in the brevity, impatience and lack of foresight afforded by youth, you don’t have the luxury to do so if you’ve taken on the responsibility for the lives of a hundred thousand souls. If you’ve decided to set out on a mission where irrespective of the good you do, you will not be thanked or praised or even acknowledged, you do not have the luxury of petty sentiments and the bitterness that rises swiftly in the young.

You cannot afford all the trivialities of youth, especially, when you’re the Bat. And Arkham Origins does a damn good job of hammering in that point.

In terms of story and narration, Arkham Origins is the best of the three Arkham games mainly because of the above and its spotlight on the three most important characters in the Batman universe- Batman himself, Alfred and the Joker. While stories that delve into the relationships between the Bat and Alfred and the Bat and Joker have been done ad nauseum, the way it’s told in Arkham Origins makes it feel worthwhile. One of the main reasons for this is that the narrative is loosely packed, unlike the previous Arkham Origins where there was almost always a single objective that made you feel like you were not acting as the Bat would, if you weren’t constantly on the move towards the next goal. Arkham Origins’ narrative unfurls more like a long, well-written arc from the Legends of the Dark Knight comic book series that ran from 1989 to 2007, in that it takes place in the Bat’s early years and is a self-contained story with only a few hints at future continuity.

The Bat himself starts off the game as an idealistic yet arrogant crimefighter who is unwilling to dilute his lazer-sharp focus on crime by seeking allies. Instead, he believes that he can do it all, all by himself and only after he is run ragged by his enemies, does he see the error of his ways. This is a fresh take on the Bat, especially in the Arkham games’ universe, where he has always been stoic and unerring (except when under the influence of Scarecrow’s drug). In Origins, even though he is capable as hell, the Bat is still not experienced and is clearly wrong at times. This makes him feel more human rather than just a superhero without superpowers.

“No man is an island, Master Bruce.”

If you are evenly remotely interested in this game, you will know its story by now. Origins’ plot revolves around Black Mask (a crime lord) putting up a bounty of 50 million dollars on the Batman’s head that attracts the attention of eight assassins including Deathstroke, Deadshot, Bane and Killer Croc. However, that just makes up the skeletal frame of the game, since the story launches in a different direction about halfway through. All in all, Arkham Origins has a great story that’s faithful to the Batman universe and deserving of a playthrough.

Right, so now let us climb down a little from such heights. With respect to gameplay, if you’ve played either of the two Arkham games, then you have essentially played Arkham Origins. The excellent combat remains but it is exactly the same as before apart from a couple of cosmetic changes and introduction of few new breed of henchmen. While I see the point in not changing what’s already near perfect, a little innovation would have been welcome. The game has also become a little too combat heavy and there are too many instances where mobs of enemies swamp you which means that it’s extremely difficult to get a rhythm going and any combos that you do manage to generate break apart pretty soon (although, I’m also not great at action games). Stealth also seems to be designed to be limited to indoors environments and there are plenty of places in the game where a stealth approach is just not possible. What makes all of this worse is the stupid, stupid decision to include a live scoring system that ranks you constantly just like Assassin’s Creed’s equally moronic sync system. Not only is this distracting as hell but it also takes away so much of the satisfaction of playing as Batman. Imagine taking down a room full of armed guards with only a sliver of health left and then being told that you are only a ‘Capable Predator’ and deserving of a ‘D’ grade. Although I managed to finish the game mainly with B’s, and a couple of A’s, C’s and two D’s, the scoring system always managed to get on my nerves. Coupled with Diablo 3’s auction house, this new DMC-inspired scoring system that seems to have infiltrated otherwise good games, are the two worst things in the world. Ever.

“Ladies. Gentlemen. You have eaten well. You’ve eaten Gotham’s wealth. Its spirit. Your feast is nearly over. From this moment on — none of you are safe.”

Arkham Origins also boasts of an open world but it does feel less ‘open’ than Arkham City despite being larger. For some reason, the map is littered with spots that can’t be grappled on to, climbed or traversed in any other way, than the single way the designers intended. Not only do these feel like artificial constraints engendered by lackadaisical design, but they also make it more frustrating to get from one place to another. Fortunately, there is a fast-travel system in place but that only helps you jump to different districts on the map and not within a particular district, despite the fact that there are a bunch of these un-traversable ‘dead zones’ within districts as well. Another problem that crops up, which was something I disliked in Arkham City as well, is respawning enemies. This becomes a major hassle later on in the game when armed goons start showing up frequently and respawn minutes after you just cleared them out.

The game’s visuals are also at the same level as Arkham City without any noticeable difference. However, when you first start the game, you are greeted by a start screen that has a Batman who looks graphically stunning. Unfortunately, that visual fidelity seems to have been restricted to only the menus as the actual game looks exactly like its predecessor. Not to say that Origins is a bad looking game, Gotham still looks amazing and the interiors cluttered with visual clues and easter eggs that Rocksteady made famous has been carried over by WB Montreal as well. I guess I’m just spoiled by the other sequels that look better than the games that came before them.

“Enough madness? Enough? And how do you measure madness?”

There are those fans that swear by the classic Batman voice-cast that includes Kevin Conroy as the Bat and Mark Hamill as the Joker. When it was announced that those two would not be reprising their roles in Origins, there was plenty of uncertainty (and some bile) that went around. Rest assured, the voice cast is exceptional and not once did I miss the giants of old. Roger Craig Smith is phenomenal as the young, angry Bat and Troy Baker is absolutely superb in his imitation of Hamill as the Joker. Baker gets plenty of scope to portray Mr. J and really, I was taken aback by both how good he is and how well the game handles a young Joker who has yet to meet the Bat. The rest of the voice-cast is also very good and in some cases better than their predecessors (J.B. Blanc’s Bane, especially, runs circles around Fred Tatasciore’s hilariously, and surprisingly, terrible version from Arkham City).

“You don’t get heaven or hell. Do you know the only reward you get for being Batman? You get to be Batman.”

One final note, before I conclude. I played Arkham Origins on a mid-range PC with a quad-core Core i5 processor, 4GB RAM and a GTX 660 card and the game ran smoothly throughout except for a couple of instances where PhysX related fluff brought frame-rates down. Keyboard and mouse controls also work well and if you don’t want to suffer the ignominy of hooking up a controller, you can rely on the classic kb m setup without hesitation.

There’s plenty that’s ‘not great’ about Batman: Arkham Origins but at the end of the day, it’s still a massively enjoyable game that’s well-made, has excellent production values and very deep gameplay that’s miles away from the simplistic tripe that makes up many AAA titles. Yes, it is very similar to the previous Arkham games in many ways, but it also manages to shine all by itself thanks to an engaging and well-written story. Being a massive Bat-geek, I have a soft spot for well told Bat-tales (after all, I have read every single Batman comic right up to Grant Morrison’s run in 2008. That there, is a certifiable boast) and therefore really liked Arkham Origins for what it added to the Batman mythos.

Even if you’re not a huge Batfan, you should still play Arkham Origins because after all, where else will you get the opportunity to play as the Bat and strike fear into the hearts of criminals, that cowardly and superstitious lot?