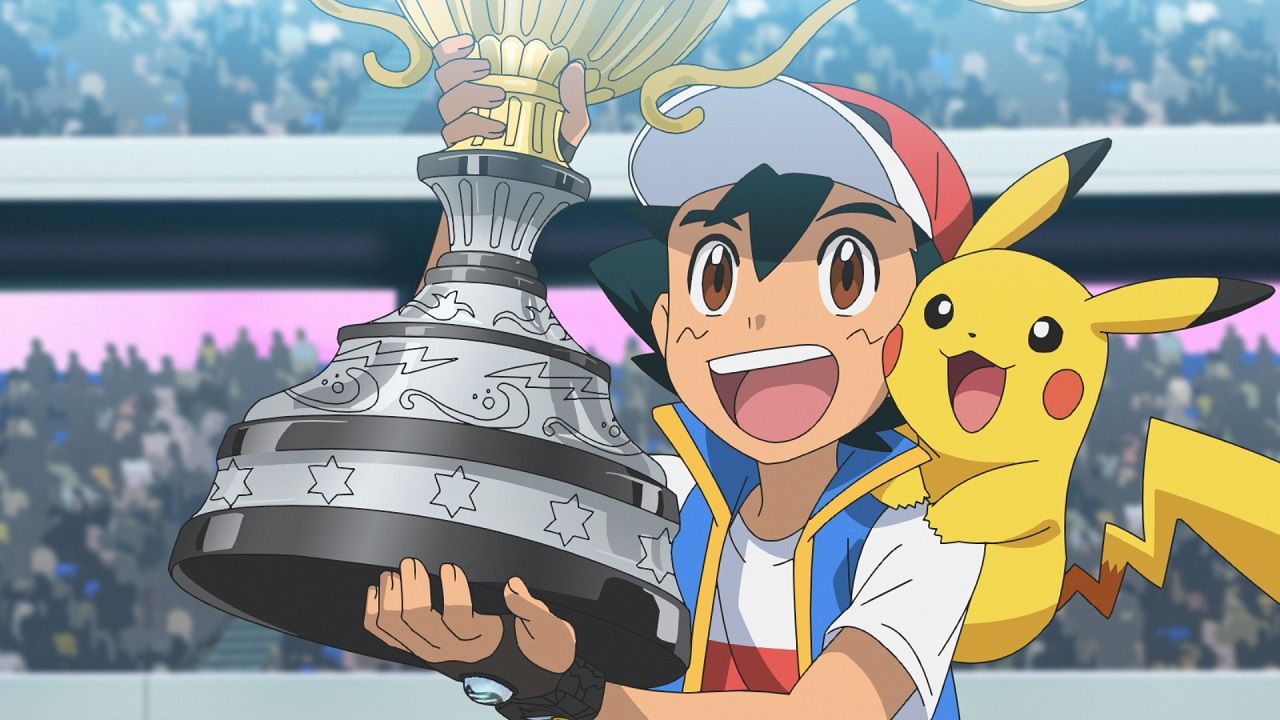 Rate this post
The latest episode of Pokemon Ultimate Journeys: The Series which premiered in Japan saw Ash’s Pikachu defeat Leon’s Charizard to win the Pokemon World Coronation Series Masters Eight Tournament. In case you don’t remember Leon or haven’t played the recent Pokemon Sword and Shield games (review), Leon is the champion of those games, i.e., the Galar Region.

The Pokemon World Coronation Series Masters Eight Tournament is a tourney that pits champions from across the world against each other, and several fan favourites, such as Cynthia, Iris, Steven and Lance showed up for the tournament. In beating Leon and winning the tournament, Ash has effectively proven himself as the strongest of all Pokemon League Champions; the dream he set out from Pallet Town to achieve way back in 1997.

If you’re someone who has been following the Pokemon series since its inception in 1997, well in our case, the early 2000s, then you most certainly know how much of a big deal this is for Ash. Ash has historically had tough runs in most of the previous Leagues he’s participated in, and it was only in 2019 when he beat Gladion to become the Alolan Champion that he won his first ever League. That was essentially what got him his ticket to the Master’s Eight tournaments as well.

What’s next for Pokemon and Ash?

Ash may have won it all for now, but with the new Pokemon games, Pokemon Scarlet and Violet just around the corner, Ash will certainly be having a lot more adventures. With a huge feather in his cap this time around, it will certainly be interesting to see how folks from the new region will react to Ash. Speaking of which, Ash will have a whole new region to explore, the Paldea region, and all of its new and unique Pokemon to encounter.

We’ve certainly made a lot of fun of Ash in the past for his questionable choices in the series, but he’s certainly proven himself this time around. Now all we need to know is the secret to his eternal youth.