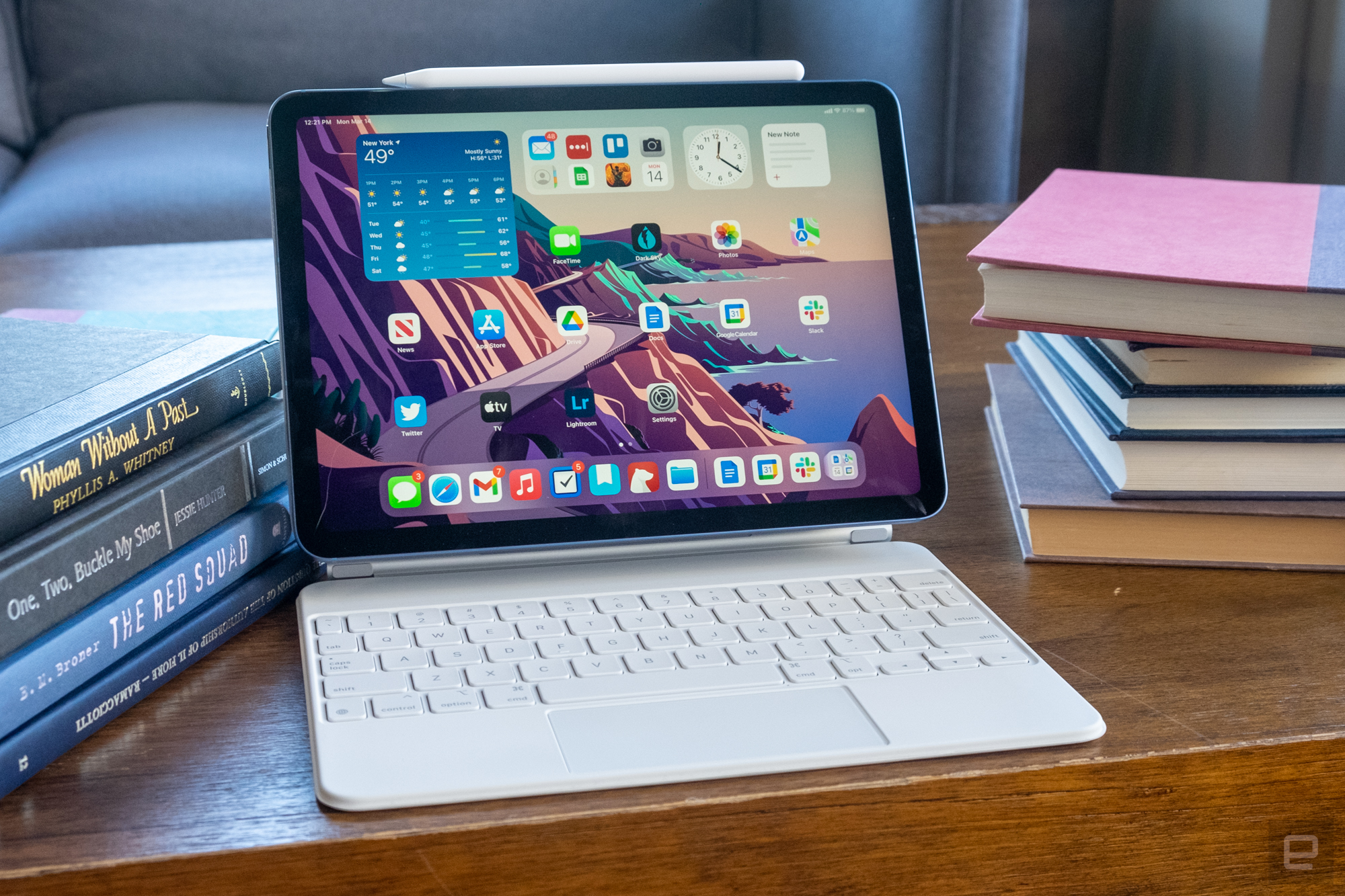 Apple rolled out a new round of iPads on Tuesday, upgrading the iPad Pro to the more powerful M2 chip and introducing a new 10.9-inch iPad that hews closely to the existing iPad Air, which launched this past March. While the new 10.9-inch iPad particularly complicates the latter’s value, those who were already thinking of treating themselves to a tablet upgrade should still note the 64GB version of the fifth-gen Air is currently down to $519 at Amazon.

Outside of a one-day drop to $479 in August, that’s the lowest price we’ve tracked for this SKU of the tablet, and it matches the deal we saw during Amazon’s Prime Early Access sale last week. In total, the deal is $40 off the typical street price we’ve seen online in recent months and $80 off Apple’s MSRP.
When we reviewed the new Air earlier this year, we broadly considered it to be the best Apple tablet for most people, what with its still-powerful M1 chip and significant design upgrades over the base 10.2-inch iPad, which Apple says will remain on sale going forward.

Compared to the forthcoming 10.9-inch iPad, however, the differences look to be more marginal. We’ll have to get our hands on the device to confirm, but the new iPad starts at $449 and appears to follow the Air’s design almost exactly, with the same 2,360 x 1,640 resolution, slim bezels, USB-C port, Wi-Fi 6 support, Touch ID button, 12-megapixel front camera, and the like. With the new iPad, that front camera is also located along the right-side bezel, making it more suitable for taking video in landscape mode.

This new iPad utilizes Apple’s A14 Bionic chip, which is the same silicon that powered the fourth-gen iPad Air and the iPhone 12 lineup. This SoC should be plenty powerful for media consumption and most of the other tablet things most people do with an iPad. Our review did find the Air’s M1 chip to be noticeably faster across the board, however, and the M1 should be a bit more futureproof with games and more involved productivity tasks down the road, while also remaining overkill for lighter work, web browsing, and streaming.

Unlike the Air, the new iPad also lacks support for Apple’s second-generation Pencil stylus. That means creative types will need to use a USB-C dongle to charge the first-gen Pencil and omit the newer model’s magnetic charging and quicker settings-change features. The new iPad does support a new $249 Magic Keyboard Folio, however, which appears similar to the Magic Keyboard supported by the Air and iPad Pro, just without that model’s “floating” design. This accessory also adds a row of function keys.

It’s also worth noting that Apple doesn’t list the new iPad’s display as fully laminated, which means it will still have an air gap between its display and the glass itself, and thus can feel slightly more like you’re interacting with an image below the glass, rather than the screen itself, which many find irritating. Apple also doesn’t list this panel as having an antireflective coating. In terms of size, brightness, and resolution, though, it should be the same.

Beyond that, while the cost difference between the new 11-inch iPad Pro and the iPad Air is prohibitive for many—the former will start at $799—those who can afford the upgrade will still get twice as much default storage (a more robust 128GB), better built-in speakers, a more advanced camera system, a brighter display that supports a faster 120 Hz refresh rate, WiFi 6E support, and now an even more powerful chip. For most, the Air should remain a better value, but in a vacuum, the Pro is a better tablet.

All told, if the added horsepower of the M1, the laminated display, or second-gen Pencil support aren’t worth an extra $70 to you, it’s likely worth waiting to see how the new iPad stacks up. And if all you want is access to the iPad OS ecosystem for as little as possible, the 10.2-inch iPad is still a solid little tablet overall, and it’s still at an all-time low of $269 itself.

If you do need the M1’s power gains or improved stylus, though, or if you’re looking to upgrade from an entry-level iPad or a pre-2020 iPad Air, though, this deal still represents a good value for those who want a tablet upgrade without totally breaking the bank.