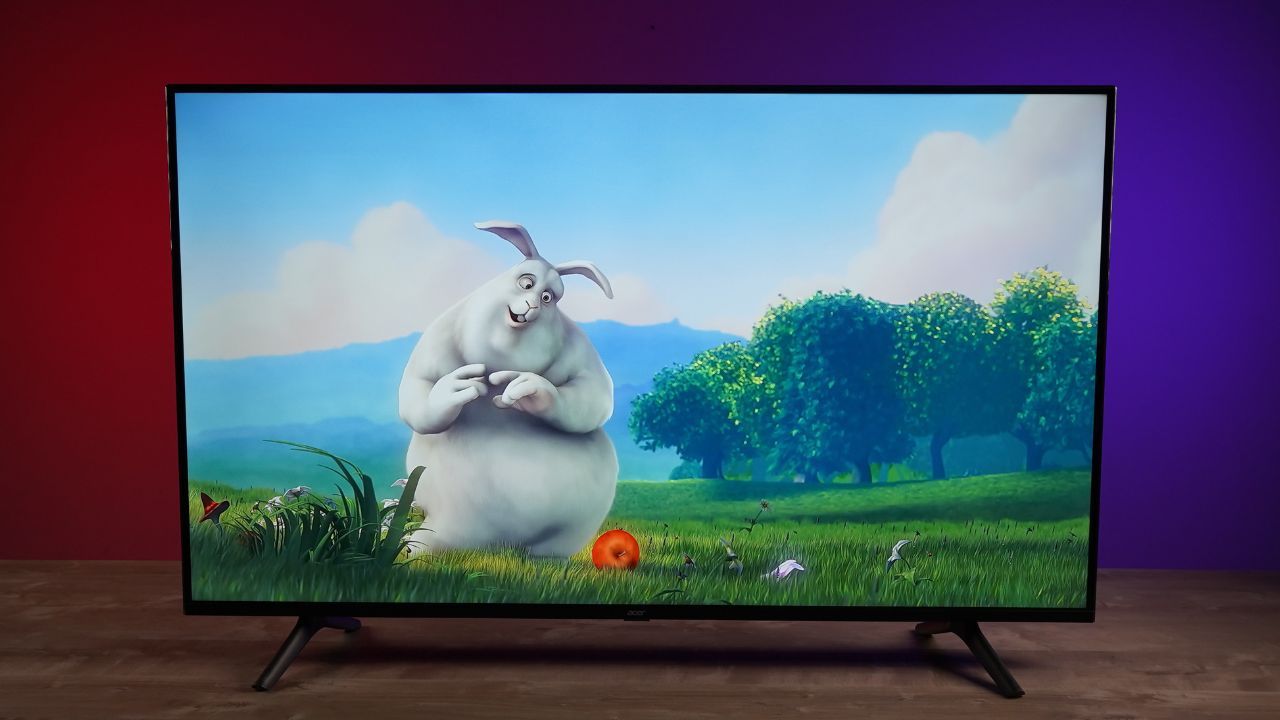 The 55-inch segment of the televisions category has grown at an exponential pace over the last year or so. While the Covid-induced lockdowns have definitely helped increase demand for televisions in general, this segment has grown faster because of the launch of aggressively priced propositions that don’t compromise on performance or quality.

Another name was added recently to this list in the form of the Acer I-Series televisions. These new TVs come with an edge-to-edge display, giving it a near bezel-less design. The TV also offers some interesting upgrades over its predecessor, bringing support for enhanced Wide Colour Gamut+, HDR 10+, Super Brightness, Black Level Augmentation and 4K Upscaling.

While interesting on paper, do all these features make the new I-Series TV from Acer worthy of your money? Let’s find out in our review where we’ll focus primarily on the picture performance of the device.

Acer’s new I-Series TV is available in multiple sizes, with the one we’re testing today coming with a 55-inch panel. It is powered by a quad-core chipset which is paired with 2GB RAM and 16GB storage. This hardware paired with a rich feature set that includes support for HDR 10+, HLG and Dolby Atmos. Because of the light-weight UI, the performance of the TV also does not take a hit when you play HDR or 4K content. All this combined comes together to create generally enjoybale experiences for using what’s essentially an affordable 4K TV.

As such, watching both SDR and HDR content through a set-top box or the latter through an OTT platform was not a problem. The TV handled such content as expected, with upscaling of lower resolution content also proving to not be an issue on the new Acer I-Series TV. But the performance looks good only if you compare the TV to similarly priced offerings. And once you start going a little up the price ladder, other options with more refined UIs and powerful chipsets do come into the mix.

Another thing to note here is that Acer’s new TV comes with Micro Dimming, instead of frame or local dimming. As such, performance of the TV in darker scenes can suffer a little, with some level of halo effect visible in such scenes.

Moving away from the subjective, we also collected some interesting data while testing the Acer I-Series TV using the Calman Ultimate software paired with the Spectracal C6 Colorometer and Video Forge Pro. During our tests, we got the best results for the TV on the Movies preset. However, when compared to the results we got on some competing devices, the flaws of the Acer I-Series TV started to expose itself.

During our tests, this preset gave us slightly high delta errors in colour accuracy, with the average deltaE of 3.7 and max deltaE climbing to 7.3 when the TV was set to output content in the sRGB colour space. For SDR, RGB balance was also just about okay, with blues slightly oversaturated. With an average CCT of 6771, such content had a slight blue bias which we couldn’t fix through the TVs internal settings.

We found the TV’s tuning for HDR content slightly better, with the RGB balance much more in check. However, colour accuracy for HDR content was again on the higher side, with the Average DeltaE hitting 7.3 and the maximum error of 13.3 being observed at 100 per cent red. Apart from this, the TV managed to cover about 94.7 per cent of the sRGB colour space, and going down to 71.6 per cent of the DCI-P3 container. The TV also threw up a good brightness of 401 nits for HDR content and about 330 nits for SDR content — both good enough for handling content mastered in the respective colour profiles.

With the Acer I-Series TV, the company has brought back its Boundless design language which sees it offering very thin bezels around the panel. This is paired with a functional design language which sees the HDMI, USB and other ports of the TV placed in such a way that they are easily accessible not only while the TV is set on a stand, but also when it’s wall-mounted.

Overall, Acer has done a good job in making the TV look premium and worthy of the money the company is asking for it. And thankfully, this is also the case for the remote of the device, which completes the look of the TV with its design that makes it look quite upmarket thanks to the use of premium materials.

The Acer I-Series TV holds its ground as a good option in a sea of similarly priced 55-inch 4K LED TVs. However, it definitely doesn’t stand out as the best option there is in the segment. While it does get HDR 10+ support, the fact that it is not Dolby Vision ready does count as a negative in its favour and makes it difficult to recommend to buyers looking to get an affordable offering that can be used to watch some select content in highest fedility possible through OTT platforms.

However, that’s only if you’re looking to watch such content on the TV. For most pieces of content, the HDR 10+ and HLG support of the TV should be good enough. And thankfully for this Acer I-Series TV, for such buyers, the TVs inaccuracies in reproducing certain colours at times may also not prove to be an issue.

For them, the TV’s above par audio performance and support for neccecary features coming at an aggressive price point may just be more than enough to make a buying decision.